Home > Attractions & Sights > US 66 from Winona to Williams
States > Arizona

The course of Route 66 between Winona and Williams

Part 1. The Alignment of Old Route 66 from Winona to Flagstaff

The National Old Trails Highway built in the early 1910s was originally planned through Phoenix, but the local authorities managed to have it routed from Needles through Flagstaff instead. This led to it continuing on to Winslow and linking it with the Ozark Trail in Romeroville, New Mexico.

The National Old Trails highway was improved in 1922 with Federal funds and became the Flagstaff - Winona highway. The now historic Walnut Creek Bridge was built at that time. 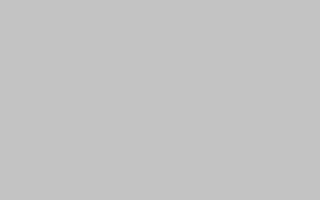 In 1926 when U.S. 66 was created, the Winona to Flagstaff highway with its bridge became part of Route 66. And remained so until the highway was realigned in 1947. At that time the old road became what is now AZ-394.

Leave Winona and head north. The road has a northwestern course parallel to the Rio de Flag River, curving around Turkey hill and then, after crossing the river it merged with US 89.

Map with directions from Winona to US89.

At the junction with US 89, it took a now abandoned course which ended next to the Conoco Service Station on US 89 1⁄4 mi. south of the modern junction. This is shown in the following map and in the image (click it to enlarge).

From here it headed towards the southwest and then west, into Flagstaff (Map of this alignment.

Map of US66 alignments in Flagstaff
click to enlarge


So there were two alignments through the town. Both differ in the downtown alignments -shown in the image. Below are the maps with directions.

Hotels and Motels along this segment

Lodging & accommodation between Williams and Kingman, sponsored content. Find a room in neighboring on this leg of your Route 66 road trip.

> > Book your hotel in Kingman

>> There are several RV campgrounds in Williams

Below we will describe Route 66 westwards through Bellemont and Parks all the way to Williams.

Westwards from Exit 191, the original US 66 roadbed lies under the I-40 which was built over it in 1979. You have to drive to Bellemont, to Exit 185, to be able to access the older alignments.

From the N.O.T. days and later, when U.S. 66 was created and until 1931, Route 66 ran north of what is now the freeway, along Brannigan Rd. into Bellemont. We refer to our custom map in Bellemont for the color scheme: this is marked with a pale violet line. The alignment went westwards, and is now cut by I-40, crossed the village of Bellemont and at this point (See map) took a SE-NW course into Brannigan Park.
Then in 1931 it was realigned along what is now W Route 66 -which can still be driven- and into Bellemont along two now erased segments (orange in our map). The embankment can still be seen on the south side of the modern Route 66 (see image). It too ran with a SE-NW course, a bit to the the west of the original alignment. This can be driven along Brannigan Rd. towards Parks.

With WWII a straighter highway was necessary so it was aligned along a course that bypassed Brannigan Park (Map through Bellemont.)

Now it has a dead end at its eastern tip and western tip, both cut by I-40, but you access it roughly in its midpoint at Exit 185, heading to the south of I-40.

The famous Pine Breeze Inn is located on the eastern part of this segment.

There are three separate sections of Route 66 between the villages of Bellemont and Parks and they are listed in the National Register of Historic Places. We describe them below.

Part 4. The three historic sections from Bellemont to Parks

Leave I-40 at Exit 185 and head north along the Frontage Rd. it soon heads north towards Brannigan Park in the Kaibab National Forest.

This is the map of the 6.2 mile segment, that you can drive all the way into Parks: Map of the Brannigan Road segment.

As the route followed by the railroad and modern I-40 from Bellemont to Parks crossed abrupt and rugged terrain with some steep climbs, this alignment that had been used by the 1917 National Old Trails alignment, was abandoned around 1920-21 in favor of a longer but less difficult one that curved to the north around Fortynine Hill (7,850 ft).

Route 66 in 1926 was aligned along this earlier 1920-21 roadbed. You can still see parts of the original road winding next to US 66. At Brannigan Park, a large and well-watered meadow set in the middle of the pine tree forest, the original 1926-31 US 66 took a different alignment, now obliterated by nature.

It west, and finally to the southwest, beyond the later Route 66 alignment built in 1931, meeting it close to Parks. You can see it marked with a blue line in our custom map.

There is only one part can be driven today (See map). It finally swung to the north of the later alignments and it can be still seen close to the General Store at Parks.

This was also the highest point of the whole Route 66, at 7,405 feet above seal level, it was not easy for the early drivers to climb Brannigan Park pass on Fortynine Hill.

This section, just east of the Parks General Store was part the road built in 1921, incorporated into US 66 in 1926, and improved by paving and widening it in 1931. (Shown in this map). Now it is a trail that can be walked. Along it are the remains of a springhouse where tourists would camp and get fresh water.

It has a asphalt paving and concrete culverts one of which has a brass plate stamped "1931". Below you can see the old alignment meet the later 1941 one (red arrow is the 1931 roadbed).

The original road alignment continued west, passing behind the iconic Parks General Store, on its northern side, and heading westwards from there to the north of the modern highway 66. This is a very short segment, and we describe it below:

The Brannigan Park segment was replaced by a straighter and shorter roadway running more or less where I-40 is now located. You can see the old roadbed in several places. We marked the original road in our custom map with a purple line at the rest areas west of Bellemont, then it is overlaid by the freeway and again appears (orange line) to enter Parks east of the current Exit 178, where a short segment can still be driven (see this map into Parks 1941-63 Route 66). This is the map of the extant 1941-1963 road into Parks.

It is a 0.35 mile section of road built in 1921 as the National Old Trails road and incorporated into Route 66's alignment in 1926. It is a narrow road with a "paved" surface formed by tarred gravel. And it can still be seen and walked along as it lies just a few feet north of modern Old Route 66. (Satellite view.)

The western tip of this segment ended in a sharp curve which the local newspaper called the "Dead Man's Curve" after the accidents it caused. You can see it in this 1959 aerial photo.

The 1931 realignment improved the road and straightened its alignment west of Parks.

See the map (click on it to enlarge it), its color code is the following:
Green: 1921-1931 alignment. This is the original ection and the deadly curve.
Pale Blue: 1931-1963 alignment to the south of the older one
Red: 1941-1963 alignment which left the historic eastern section abandoned (1941 realignment map).

If you visit the Grand Canyon

Part 5. Westwards from Parks to Williams

It then followed the orange line in our custom map, and Deer Farm Rd. that can still be driven. Heading southwest (now cut by I-40), it continued west (map) into Williams along Mountain Man Trail and after a gap (marked with a red line in our custom map), followed Rodeo Rd., Edison and N. Grand Canyon Rd. into downtown Williams (map).

This follows the 1931 alignment of Route 66. It was improved in 1939 and 1941 to make its grades less steep, new culverts and guard rails were added too.

At the exit the freeway cuts the old alignment (see it in our custom map of missing segments, marked with black line.

After exit 171, the roadbed is now under the eatbound lanes of the Interstate completed in 1964, but there are three places were the original alignment can still be driven along:

1. On the south side of I-40 at Exit 171: for about 0.4 miles as can be seen in this Map of this section
Then, as shown in the image below, the old roadway is a dead end, cracking and full of potholes (pink line in our map).

Below is a "Then and Now" set of pictures taken 7 miles east of Williams:

2. When you reach Williams, the original road forked to the south and you can still see the old roadbed. green line in our custom map.

The road continues into the town of Williams, a through it; there still is eastbound and a westbound streets carrying US 66 through the town, see the map of Route 66 into Williams.

The interstate I-40 began construction in 1964 and finished in 1979, replacing the older alignements, and in 1984 it finally bypassed Williams.

3. Old underpass, the original highway crossed the railroad with a grade crossing. In the 1930s it was upgraded and an underpass was built. Now, the 1950s Route 66 eliminated the old underpass with its sharp curves and crosses the tracks with an overpass. We marked the old road (the paving and underpass are still there) with a yellow line in our map.

Williams the last town to be bypassed along Route 66

Williams was the last town to have its section of Route 66 bypassed, due to lawsuits that kept the last section of Interstate 40 in Arizona from being built around the town. After settlements called for the state to build three Williams exits, the suits were dropped and I-40 was completed.[6] On October 13, 1984, Interstate 40 was opened around the town and newspapers the next day reported the essential end of US 66. The following year, Route 66 was decommissioned.

Our itinerary from Winona to Williams Arizona ends here, you can carry on westwards into Kingman AZ, see below:

>> Book your Hotel in Flagstaff