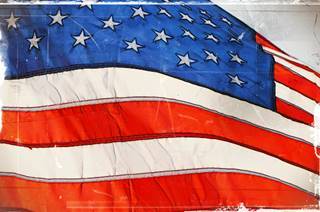 Route 66 is the essence of Americana: The Mother Road as America's Main Street, embodies the core small town values of America, with its Mom-and-Pop stores, its vintage service stations, motels and diners.
It is also a representation of freedom, a roaming, mobile and automobile-oriented society, where new horizons for personal growth and experiences can always be found.


Travelers arrive from far away to experience "Americana" along Route 66, hear America's music, savor its food and see the horizon of the Far-West...
Route 66 is a compendium of all those things, and more.

1. Things made in the United States of America, typical of the U.S. and ⁄ or its culture.
2. American culture
3. Products, materials, intangible elements that are characteristic of America, its society, values and civilization.

Route 66 America at its best

Route 66 cuts right across the heart of America, linking two of its most important cities: Chicago and Los Angeles. It allows you to wet your feet in Lake Michigan and the Pacific Ocean and also the Mississippi, Arkansas and Colorado rivers along the way.

It crosses the southern reaches of the Rocky Mountains, the hills of the Ozarks and the flat regions of Kansas, Oklahoma and Texas. It winds through the pine forests of Arizona and the deserts of eastern California. It is a transect of America.

But U.S. highway 66 is important not only for its geographic connotations, it is famous because it is, itself, an icon of American Culture: the "Mother Road". 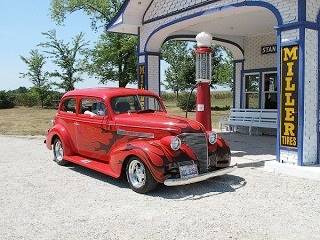 A Journey to Nostalgia...

Route 66 shows us the way America was before the Interstate highways appeared in the late 1950s. In those days road travel was not the monotony of endless miles of speeding cars and trucks dotted with the occasional service area. Instead it was a journey in itself, driving through towns with neon motel signs and kitsch eye-catching signs, diners, bars with odd names and Indian trading posts.

Though it is no longer the fastest way to go west, it is the best way to catch a glimpse of a now lost world, when travel was exploration and an end in itself. 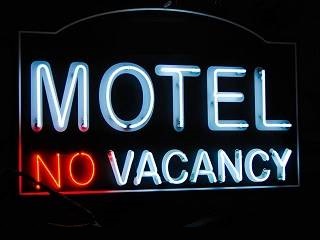 Ever since it was created back in 1926, it became a symbol of all things American: 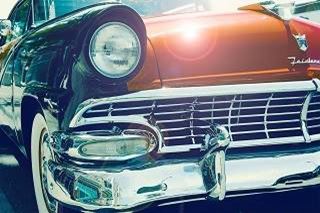 Songwriters, musicians, writers would drive it, experience it and lay down their memories in unforgettable songs, movies and books. Even a TV show would bring it to the living rooms of America and the World during the 1960s.

Visitors flock from all over the world to visit it, eager to experience it, to sift through its flavors, and amaze themselves with its sights, attractions and landmarks, to "feel" America. 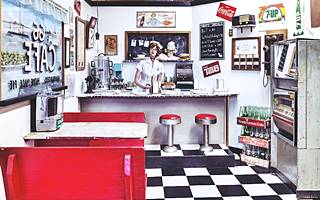 The book by John Steinbeck and the movie it inspired, directed by John Ford (1940), portrayed the tragic story of an Oklahoma family, the Joads, who lost their farm during the Great Depression and migrated to California seeking new opportunities.

In this Pulitzer Prize-winning work, Steinbeck (who later won the Nobel Prize in Literature) depicts their tragic journey (along Route 66). He also coined the phrase "Mother Road", referring to U.S. 66.

Read More: Grapes of Wrath, full details on the book and the movie.

Jack Kerouac's On the Road

Jack Kerouac's now classic novel explores the essence of "Americanness" in a way which was controversial when the book was first published (in 1957). Francis Ford Coppola produced a movie based on the book in 2012.

"On the Road" has moved generations of youngsters around the world, starting with the beat generation of the late 1950s, and continuing with hippies back in the 1960s and even today it influences them with the freewheeling notion of road travel and freedom.

The hit song "Route Sixty-six" written by Bobby Troup in 1946, and performed by Nat King Cole with its catchy lyrics popularized Route 66 and made it a household name.

The song reflects the optimism of a generation that had just come out, unscathed, from a terrible war and was seeking new horizons driving along US 66 and enjoying their trip on the way.

Read More: Get your Kicks on Route 66, full details on the song and its context. 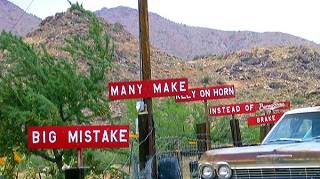 U.S. 66 was an ideal place to advertise as thousands drove down it. The diners and motels competed with colorful, garish and flashy signs, and some companies posted billboards.

Among them was Burma Shave of the Burma-Vita Co., whose signs appeared in the 1920s and were finally taken down in 1961. They used red signs with very catchy phrases:

It was the second most-sold brand in the U.S. at its peak. You can still see their signage along U.S. 66 in Arizona and in Towanda IL.

"Americana" Highlights along the road

Some of the sights that you must see along the road: 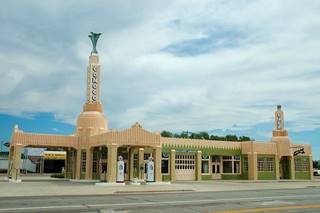 The murals in Cuba, "Mural City"; the Boot Motel in Carthage and the top biker bar in the whole world, in Albatross.

The shortest stretch of Route 66 in any state plus Crowell Bank in Baxter Springs; it was robbed by Jesse James.

The ghost town at Texola, the Trade Winds motel in Clinton (Elvis Presley slept there), the Route 66 museums in Elk City and Clinton.

The oldest Phillips 66 service station on Route 66 in McLean, the CONOCO Tower station at Shamrock, and the leaning water tower at Groom, and do not forget the Sixth Street in Amarillo with its vintage buildings.

The oldest church in the U.S. in Santa Fe, Tucumcari with its neon light signs, Gallup with its vintage motels.

The Wigwam Motel in Holbrook with its Indian Teepee shaped rooms; the meteor crater in the desert; Oatman with its mining town ambiance. And, a short drive from Route 66: The Grand Canyon National Park.

The site where the first McDonald's stood in San Bernardino, Bagdad Café in Newberry Springs, Amboy and the Mojave Desert. Plus Santa Monica’s pier and Hollywood.

Muffler Men were used as eyecatcher advertising during the 1960s and early 1970s: giant fiberglass statues fashioned as John Bunyan, indians, cowboys and even astronauts, they were common sights along America's roadsides.

Route 66 has its fair share of them. Learn more at our Muffler Men on Route 66 webpage.