Historic Route 66 in New Mexico: It crosses the central part of the state, from Glenrio on the Texas state line to Manuelito right next to Arizona. It also has the Santa Fe Loop, the original alignment between 1926 and 1937. Learn all about New Mexico's history, Sights & Attractions, landmarks and Towns along Route 66. as well as Places To Stay during your road trip across New Mexico.

Camino Real and the Old 1926 Route 66 in Algodones

The Spaniards named it in 1563 after the Aztec (Mexica) Empire. At that time, what is now known as Mexico was named Nueva España (New Spain), and only after 1821 did it become Mexico.

The Clovis culture with a distinct stone tool industry dates back to almost 13,000 years, and is named after the site in Clovis, NM. These Paleo-Indians would later lead to the Pueblo and Mongollon people met by the Europeans during their first forays into the region. Francisco Coronado explored the area in 1541 seeking the mythical wealthy city of Cibola.

The area was part of the Spanish Viceroyalty of New Spain, as the Province of New Mexico (1598). Spanish missionaries settled the Sangre de Cristo Mountains founding Santa Fe in 1608 and again after the 1680.1692 Pueblo Indian Revolt. Albuquerque was established in 1706. After Mexican independence, the province became part of Mexico (1821).

It was admitted in the Union in 1912, with its capital in Santa Fe.

The state is arid or semi-arid and very dry: average rainfall is around 14 inches (350 mm) yearly.

It snows across the state in winter, especially in the higher northern mountains. Albuquerque averages around 2 inches of snow monthly in winter.

Bear in mind that altitude and dryness causes large swings between day and night temperatures, even in summer. Tornadoes are extremely unlikely in NM.

Around 492,000 people live along Route 66's corridor through New Mexico.

It has over 134,000 Native Americans and is an important center of Indian culture. The main groups are Navajo, Apache and Pueblo.

The Hispanic culture also permeates the state (half of its population has Hispanic origin) both from the original Spanish colonists and the later Mexican immigration. There is a strong presence of Native American art and handicrafts. Buy an Indian souvenir during your trip.

Where to Stay in New Mexico

The New Mexico towns along Route 66 offer different lodging options. Check out hotels and motels in the main towns.

Towns from East to West

Hotels along the Santa Fe segment of Route 66

> > Book your Hotels in New Mexico

Check out RV and Motorhome Parks & Campgrounds in New Mexico.

Map of Route 66 through New Mexico

A map of New Mexico

Some activities and Tours in NM

Below we list the main attractions along Route 66 in New Mexico. They are listed from east to west along the main alignment, followed by the Santa Fe Loop. 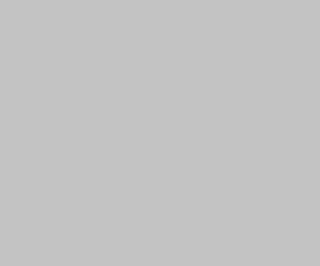 Oldest Church in the US
San Miguel Mission, Santa Fe, A. Whittall

Other Historic Sites and Places to See

Each segment is Listed in the National Register of Historic Places

Bar in Suwanee, A. Whittall

Detailed description of the alignment of U.S. 66 through New Mexico, from East to West. For each town we give details of Route 66's alignment through it, so click above on a town and read more about the course of US 66 in that specific town.

New Mexico is the state with most mileage along Route 66. It is followed by Arizona with 388 mi.

At Albuquerque, two alignments of Route 66 cross each other, one went through Vegas and Santa Fe (the Santa Fe Loop), the other (after 1938), bypassed them.

Route 66 crosses the state of New Mexico from Glenrio on the Texas border to Gallup in the high region in western NM. The old alignment runs mostly parallel to I-40.

A detailed description of Route 66's course across New Mexico with all the towns, attractions and landmarks.

From Glenrio, a Historic Site and Ghost Town, on the Texas state line, (mile zero), follow Route 66 westwards, it is a gravel surfaced road.

Plenty of Attractions: See its Historic Blue Swallow Motel, to the north of the town is the Conchas Lake State Park.

Pass through the downtown (41 miles), and carry straight on until reaching US 58, where you take a left towards I-40 and get onto it, westwards at Exit 329 (44 miles).

The old Route 66 continues but is cut at different places (on the North of I-40, as W. Tucumcari Blvd. and later at mile 70, you can spot it as the South Frontage Road which is inaccessible at this point).

Go by Montoya (63 miles) with its Historic site: Richardson Store. The road keeps close to I-40 and reaches Newkirk (75 mi.), and keeps due west until it reaches Cuervo where it passes to the south side again (Exit 291 - 84 miles). Cross I-40 and turn right after the bridge.

The road forks, the right branch heads back to I-40 (Frontage road), take the left fork which adopts a SW course and separates from the Interstate. It will meet NM-156, (91 mi.) take a right along it.

Check out its Attractions: See its "Blue Hole", and the Park Lake Historic District (Historic Place).

Leave I-40 and drive north towards Las Vegas along it, passing by Dilia, and reach I-25 at Romeroville (Exit 239), along I-25 to the east is Las Vegas:

It has many Attractions, for instance, The Santa Fe Trail passed through this town. Visit its Las Vegas National Wildlife Refuge.

Return by I-25 to Romeoville and keep west along it. Take Exit 335 and follow the frontage road as it crosses back and forth across I-25. Pass Tecolote, and at Bernal take Hwy B26A on the south side and then back to the north side along the Frontage Road and, again, on the south at Pecos River.

The road courses along a forested mountainous region. Pass Ilfeld and Rowe. At Exit 307 go to the north side along NM-63, pass through Pecos and take NM-50 to leave the town.

Go right into the city center along Pecos Trail, leaving NM-466; merge with the "Old Santa Fe Trail", and reach the downtown area.

See all the Attractions & sights in Santa Fe.

State Capital and ancient Spanish colonial town. Visit St. Francis Cathedral and the Palace of the Governors. Take in its typical building style.

Leave I-25 at Exit 248 and take a right and then a left along Camino Real Pan American Central Hwy or NM-313, and follow it south through Algodones and Bernalillo all the way into Albuquerque.

At Sandia Pueblo it merges with NM-556 at a roundabout. Head west along NM556, it becomes 4th St. NW. At Lomas Blvd.

The old alignment enters Albuquerque along 4th St., which changes direction, so follow 5th until meeting the other (1937) alignment of US 66 from Santa Rosa via Moriarty, on Central Ave in the downtown district of Albuquerque.

The 1937 alignment west of Santa Rosa to Albuquerque

At Exit 175, cross south again and take N-M-333 west, it is the Old US 66. Pass through Tijeras (202 mi.). In this area, US 66 crosses the Cibola National Forest and the Salt Missions Trail. The road crosses to the North of I-40 (225 mi.) goes through Carnuel and again to the south of I-40 running west into the outskirts of Albuquerque.

The city has many Attractions and sites listed in the National Register of Historic Places:

Keep along Central Avenue, which crosses I-25 (217 mi.) to enter the oldest part of the city; it Becomes Central Ave NW, and on the corner of 47h St (219 miles) Route 66 crosses itself: it crosses the old 1920s alignment that came from Santa Fe. This is the "Old Town" of Albuquerque.

Here at Suwanee, eastwards along NM-6 is the 1926-37 US66 alignment coming from Albuquerque through: Los Lunas, Peralta and Isleta.

The road adopts a NW course from this point, crosses to the north of I-40 (261 mi.) becoming Indian Service Rd 522 passing Mesita.

Keep along this Old Route 66 as it goes by Owl Rock, and the 180° Dead Man's Curve, and enters Laguna Pueblo.

It has several Attractions, just to the north are the Casamero Anasazi ruins, and to the south, are the El Malpais National Monument, the La Ventana Natural Arch (NM 117) and the Cibola National Forest.

Gallup is mentioned in the song Route Sixty-six (Get your kicks...).

Check our page on Gallup, for its Attractions. Route 66 crosses the town, intersects its Main street (361 mi.) as Route 66 (I-40 Bus. Loop) , the town spreads south. Visit the Historic El Rancho Hotel, the Neon Art and El Morro Theater among other sights worth seeing.