Where does Route 66 start?

A: Route 66 starts in Chicago, Illinois in Central Northeastern USA, and runs all the way to Santa Monica in California, on the Pacific Ocean.

Can the whole of Route 66 be driven?

Q: Can the whole route be driven?

A: Roughly 85% of the original alignment of U.S. highway 66 can still be driven. We detail the original route in each of the Towns along the highway and also, on a state by state basis (check: Route 66 Facts).

> > Learn more about Can you still drive the entire Route 66?

When is the Best time to drive it?

A: spring and summer are the best time to drive the route, as there is no risk of snow. Midsummer may find the road with a higher flow of travelers, and more expensive daily lodging rates (It is High Season) but careful planning and booking in advance will ensure your hotel accommodations.

Spring is less crowded and early fall (autumn) also. Summers are hot in the Southwest and thunderstorms are not infrequent in that region.

> > See our When to Visit Route 66 page for detailed information.

How long does it take to drive Route 66?

A: That depends on how you intend to enjoy your road trip. If you drive 6 hours a day, and stick to the interstate highways, you can drive from Chicago to Los Angeles in less than a week, but then, you would miss out on most of the fun.

If you take the old alignments, and drive through the Main Streets of each town along the road, stopping at the attractions and landmarks, take side trips to visit National Parks (think Grand Canyon) and relax at your hotels... then you can take between 2 and 3 weeks, or more. It is up to you.

Check the 1-Week Route 66 Road Trip Itinerary that we have put together: it covers the whole Mother Road in only one week!

> > See our Tips for a Great Road Trip, which are a good starting point for planning your trip.

Is the road paved?

Q: Is the Road paved?

A: Route 66 had many alignments since it was commissioned in 1926. As time passed, its roadbed was improved and by 1938 the full length of the highway had been paved.

However, later, as the Interstate system replaced sections of the original Route 66, some of these segments were not maintained and fell in disrepair.

Although most of the road is paved, there are some segments that are unpaved: Glenrio to San Jon in New Mexico is a gravel surfaced road. The Jericho Gap in TX is still a dirt road. These can be bypassed along I-40.

Other sections of the road were integrated as the frontage roads of the Interstate highways, so they are well up kept. Other sections may be temporarily closed due to damage (as was the case in California after severe flood damage in the Mojave in late 2014 which are still closed!).

And other parts of US 66 are now overlaid by the freeway, buried beneath the newer alignment.

What papers should I bring with me?

Q: What papers should I bring along with me?

A: International visitors will need their passport and Visa to enter the US. The passport should not expire until after your departure from the US.

For the driver(s), a valid driver license (an international license is NOT necessary), the drivers' license should cover the type of vehicle that your will be driving (RV, motorcycle, etc.).

Travel insurance is fundamental because medical costs are high and sometimes the unexpected happens in the form of an emergency illness. Comprehensive insurance covering trip delays, medical expenses, accidental death, lost baggage, medical evacuation. Make sure it covers you and your family members traveling with you.

What are the Speed Limits?

Q: what are the speed limits?

A: each state sets its own speed limit, and within each state they vary depending on the type of road, road conditions and setting (towns, countryside).

In urban areas speeds are lower than in rural ones, be aware of the speed limits within the towns, especially close to schools. Signs will indicate the maximum (and on some highways, the minimum) speeds. One should always drive at a reasonable and prudent speed based on road and weather conditions.

What about Gasoline (Fuel)?

Q: will I have problems in filling my tank?

A: In America there are plenty of service stations, and Route 66 is not an exception. You will find fuel along the route. Mostly self-service filling stations where you prepay with your credit card at the petrol pump.

Q: What kind of weather can I expect?

A: The weather you will encounter depends upon the time of the year that you go on your road trip: summer is hotter in the Southwest and also wetter in the northern sections of the Road. Fall or even early spring may surprise you with unexpected snow.

Route 66 crosses America in a wide arch from Chicago to Los Angeles, it crosses different climate zones, mountains, hills, plains and deserts... weather is quite different in different parts of the road. Even in summer, there is ample variation of temperatures between day time and night time in the Southwest.

> > Check our Weather along Route 66, with a state by state detail of the climate, temperatures, rainfall and snow fall.

Will I get Lost? Is it easy to follow?

Q: Will I find my way and not get lost?

A: When Route 66 was decommissioned as the Interstate system bypassed it, its signs and road-shields were removed, but over the past 20 years, it has once again been valued for its historic and cultural worth and identified.

It is no longer a U.S. Highway, so do not expect the usual US Hwy. shield. Instead each state has taken care of its segments of the Mother Road and placed appropriate signs.

Each state has identified the road: some have renamed it as a State Highway.

> > Visit our Itinerary page for a clear view of the alignment of U.S. 66, you will not get lost.

You will find your way along Historic Route 66 with no problems. In each of our Town webpages we include a map showing the full alignment of U.S. 66 in the state of that town.

Should I book my accommodations beforehand?

Q: Should I reserve my hotels in advance?

A: You can drive the route on an open plan and stop at any motel that catches your eye. But it is risky, especially during summer holidays or vacation period. Reserving a hotel or motel in advance is safer. The main hotel and motel chains offer rooms along Route 66 so you should have no problems in booking your rooms in advance.

Some key lodging may be fully booked months in advance, so pinpoint these locations and reserve with plenty of time.

Carry proof of your reservation (i.e. your confirmation number) just in case.

There are of course the Vintage and Route 66 "must see" hotels with thematic rooms, and also the "classic" lodging places along the road. These places should be booked well in advance. Demand is high.

Lodging along the Route

Check out the hotels and motels at your stopover points; book a room in advance if you will travel during peak tourism season. 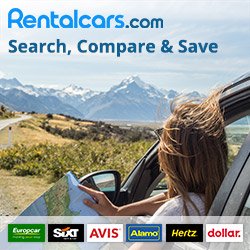 What towns does Route 66 go through?

Q: What towns does Route 66 go through?

A: Route 66 goes through hundreds of towns, cities and villages between Chicago and Santa Monica.

We describe each town, its sights, attractions, landmarks and accommodation. You can find all the towns Route 66 goes through on our Towns on Route 66 web page.

You can also check hotels & motels in the towns on Route 66.

Some Major Cities on Route 66

Route 66 goes through these major cities: