Erick, the hometown of Country Music celebrity Roger Miller, has the Roger Miller Museum in his honor and also the vintage West Winds Motel. See its 100th Meridian Museum, housed in its historic 1907 First National Bank building. This is the First "Western Town" of Route 66.

Erick the second town in Oklahoma nearest the Texas state line, after Texola. It is located on old Route 66 in Beckham county.

This was open country with few trees and little rainfall, farmers were not keen on the area until it was opened to settlement and the railway arrived allowing produce to be shipped to distant markets (1902).

Prior to that the area south of the North Fork of the Red River had been claimed by Texas, until the U.S. Supreme Court ruled in 1896 that it was part of the Choctaw Nation in the Oklahoma Territory, where it became Greer County.

The post office opened in February 1900, and it was named DEnis, but it changed to Erick on November 16, 1901. The town was incorporated that same year.

Like most of the Route 66 towns in this part of Oklahoma, the town was developed by the Choctaw Townsite and Improvement Co., which purchased lots along the right of way of the Choctaw, Oklahoma and Gulf Railroad line (later the Chicago, Rock Island and Pacific Railway) which was being built westwards towards the Pacific.

It was named after Beeks Erick, the President of the Choctaw Townsite and Improvement Company, that laid down and developed the town of Erick.

The line reached the town in 1902 (in those days it was part of Greer County). At statehood in 1907, Erick became part of Beckham County.

It was initially a farming community producing cotton (it had cotton-gins) and cattle. Salt was extracted from the nearby salt springs. In 1926 Route 66 was aligned through the town at a time when oil was discovered causing a population boom (peaking at 2,231 residents in 1930).

The drought of the "Dust Bowl" caused farmers to fall on hard times with many residents migrating west to California. World War II saw traffic grow along Route 66 and motels and service stations sprung up to cater to the travelers' needs.

When local celebrity Roger Miller was asked by an interviewer what was Erick close to, Miller wryly replied "It's close to extinction"

At that time the local Chamber of Commerce printed a promotional brochure: "Erick is not a war spoiled town or just another boom town but a town with a half century of service".

Jack Rittenhouse in his 1946 Guide Book to Route 66 wrote that Erick was "the first town you encounter, going west, which has any of the true 'western' look, with its wide, sunbaked street, frequent horsemen, occasional side-walk awnings, and similar touches."

Book your hotel near Erick

>> Book your Hotels in nearby Elk City, Sayre or Shamrock, Texas.

Lodging Near Erick along Route 66

>> There are RV campgrounds close to Erick.

This part of Oklahoma is a relatively dry region. The yearly rainfall is around 24.7 in (627 mm). Summers are hot but with lower temperature during the night which make them bearable.

Snow: Snow falls in this region at any time between September and May (the first snowfall takes place usually, on the first week of December). Its altitude causes greater snowfall than locations further east: averaging 17” per year (with maximum values of about 40”) - 43 to 102 cm.

Erick is located in Oklahoma's "Tornado Alley and experiences about 11 Tornado watches every year.

Map of Route 66 through Erick Oklahoma

Check out Erick on our Oklahoma Route 66 Map, with the complete alignment and all the towns along it.

Route 66's alignment in Oklahoma: the Historic Route 66 through Erick

Read below for more information on Route 66's alignment in Erick.

The first "Western town" on Route 66.

Town with a Country Music celeb (Roger Miller), and a museum in his honor. See the two historic landmarks,the West Winds Motel a vintage Route 66 place and the old 1907 First National Bank with its 100th Meridian Museum.

Built after World War II, it was five blocks west of the main junction in town. It was built in Mission Revival style with stucco walls and metal roof sheeting shaped like red tiles.

It has two buildings and once sported a flashing neon sign with the hotel name pained beneath a bucking horse. The sign is still there.

Both buildings were located at right angles (south and east) with the owners house located on the west side giving it a "U" shape. It was probably built by Ralph Fails or Floyd Pamplin. The Pamplins operated it for many years.

A "Panel Truck" is a small delivery truck with a closed body. It has no windows in the cargo area.

Wooley was born in Erick in 1921 and was also a songwriter and actor. Miller though born in Texas grew up in Erick. More on Miller below.

A historic building dating back to 1907 on the main corner of Erick. Houses a Museum.

The two story building was erected in 1907 and served as the town's bank, it also had a barber shop. The top floor was used for office space. A bank operated here until 1968. Now it houses the 100th Meridian Museum.

A tribute to the 100th meridian, the border with Mexico first and later with Texas, with exhibits on life along the meridian from prehistoric days till early day Erick.

A tribute to Roger Miller, collections that preserve and exhibit memorabilia of Millers life and accomplishments.

Roger Dean Miller, Sr. Was an American songwriter, musician, singer and actor. His most recognized tunes included the chart-topping country-pop hits "King of the Road", "Dang Me" and "England Swings", all from the mid-1960s Nashville sound era. He acted in the Tony-award winning Broadway musical "Big River".

He was inducted into the Country Music Hall of Fame in 1995.

Visit, to the east, the nearby towns of Erick, Hext, Sayre. To the west is Texola, the last town in Oklahoma along Route 66, and then comes Texas with Shamrock, Lela and McLean.

The Old alignment of Route 66 near Erick

Route 66 West of Sayre to Texola

Located 42 miles northeast of of Erick (Map with directions). 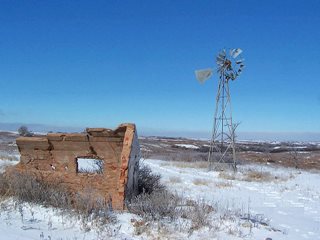 There are deer, turkey, geese, coyotes and bobcats. It also has three lakes which are used for swimmng, fishing and watersports.

Lodging in nearby Sayre, Cheyenne and Elk City.

Covers almost 30,000 acres of rolling land to the north of Elm Fork of the Red River.

A place for hiking, birdwatching and hunting.