Phillips 66 winged stations on US 66

The Phillips brothers, Lee Eeldas and Frank, hit oil drilling in Oklahoma in 1905 and expanded their business during the oil boom days of the First World War. In 1917 they founded the Phillips Petroleum Company.

In 1925 they opened their first gas station and in 1927 started refining gasoline in Borger Texas.

They branded their gasoline using "66" and the U.S. Highway shield in their logo, inspired by Route 66.

The company's retail strategy consisted of buying the land, building the service station and leasing it to a local dealer.

Despite the Great Depression in the 1930s, the company survived ang grew. By the 1960s, they decided to revamp the look and design of their stations, and that is when the "gull wing" or "bat wing" stations were created.

The story behind the Gull Wing gas stations

Back in the 1920s and 30s, they had adopted like all other retailers, the unobtrusive cottage style or Tudor Revival style. It blended into the suburban residential setting (The Phillips Mc Lean gas station on Route 66 is an example of this type of buildings).

The 1940s saw a new style emerge, the flat-roof box-shaped (ice-box) gas station, with garage bays and flat canopies over the pump islands. They had large windows and an ample office and sales area.

They were built in the Streamline Moderne style: streamlined, with geometric patterns.

Post-World War II brought a new era of affluence and also the rise of science, technology and the atomic age. Phillips sent their architect Clarence Reinhardt (1906-1993) to Los Angeles to research trends for their new line of service stations. He began working with Phillips in 1928, and had designed most of their buildings over the next two decades.

In California he encountered a different world one of drive-ins. The Tiny Naylors drive in with its upwards slanting roof had a strong influence on his later designs, and he realized that eye-catching designs that evoked modernity, open space and movement attracted customers.

The "Rock Frame" design started to displace ice-box buildings in the early 1950s. This design had large plate-glass windows that were canted (or slanted) and used a curtain wall system combining glass and concrete blocks that were faced with rocks (hence its name "rock frame").

The canted windows reduced the glare of car headlamps and increased the visibility and indoor light.

Reinhardt took the design one step further by adding the eye-catching "gull wing" (also known as "bat wing" or "butterfly") canopy in 1956.

His first design was the Pier 66 marina filling station in Fort Lauderdale, a real estate development project of Phillips. You can see it next to the building in the vintage postcard.

The company decided to define its corporate identity as modern and customer-oriented, and in 1958 it hired Lippincott & Margulies to enhance brand recognition.

L&M defined four characteristics are for strong brand awareness: Memorability, Recognition, Appropriateness, and Uniqueness. They then built on Reinhardt's idea to develop a new station plan for the company. They called it "Harlequin".

The design had an emotional appeal; it was luminous and modern, it conveyed a sense of movement and space. The brightly lit area under the canopy gave customers a sense of security.

It was also practical. The canted glass panes cut the glare and let the customers see inside the office. It resembled an air control tower, it had increased visibility.

The canopy protected the gas pumps and its bright illumination attracted customers during the night. The garage bays and islands chanelled the traffic avoiding cross-traffic.

The bright red and white color scheme, the slanted triangular canopy that thrust into the air supported by a pilon topped with a revolving Phillips 66 shield was easily seen by customers from afar.

The Harlequin style became the company's "New Look" in 1960.

Phillips also aimed at women as a new market segment: the "New Look" design also incorporated a separate restroom for women with their own separate entrance.

By the late 1960s more than 3,000 "New Look" gas stations had been built. They had established the brand nation wide.

Then, the mood changed. Americans felt that their highways had become ugly, cluttered with unsightly buildings. The Highway Beautification Act (HBA) passed in 1965 aimed at restoring natural beauty along federal highways by restricting billboards in scenic areas.

The public's attention focused on ungainly gas stations and the major gasoline retailers modified their designs. The 1970s saw the arrival of ranch styled buildings or canopies and offices with mansards. These stations looked residential and blended in with their neighborhoods (just like the cottage stations of the 1920s had done).

The "New Look" Harlequin stations were sold by Phillips as it weathered the oil crisis in the early 1970s, the remaining ones were painted with natural colors, the "V" shaped canopies replaced with low, flat ones. And the buildings "tophatted" with Mansard roofs.

The Gull Wings on Route 66

Below we will review the surviving Phillips Gull Wing stations -and some recently lost ones too- on Route 66. East to west, starting in Illinois.

This is a former Phillips 66 gas station with a four bay garage in East St. Louis.

This second Phillips 66 Gull wing is clad in stone, which gives it a curious appearance as you can see below.

This station is operating as an auto repair shop. Well kept, with its original canopy, plate glass office and two bay garage.

This station though still standing, has seen better times. It is quite well kept though.

As you enter Eureka from the east, head west after leaving I-44 at exit 264.

This former Phillips Petroleum Co. gas station is now a location of Telle Tire (tire shop), but it has kept the main office with its canted plate glass windows, the garage, and canopy intact.

To your left among the shrubs and trees are the ruins of the former gas station.

This is probably the "gas" mentioned by Rittenhouse in 1946, though at that time it would have been an ice-box style station. The gas station has a triangular shaped canopy with a red trim. There is a two-bay garage and the building was constructed in concrete blocks (probably the original one).

Behind it stands a tall tower with vines growing on it. There is no singpost standing at the apex of the canopy. It was abandoned around 1971.

It has the canopy with its supporting pylon, the office with ample slanted glass windows and the two-bay garage with its glassed doors

The old Bristow station is now Okie Auto Sales, and still has the canopy with its supporting apex column. The office has been modified and has lost the plate glass windows. The garage, with two bays has also been modified, losing its original doors.

The station appears in a Satellite Motel postcard. Credits

On the western side of Erick, next to the Satellite Motel, are the remains of a Phillips 66 Bat Wing gas station.

The image shows part of a Satellite Motel postcard and in it, you can see the gas station.

The slanted V-shaped canopy is typical of the Gull Wing stations built by Phillips 66 in the early 1960s.

In the street view (click image to see it) you can see that the office also had canted plate glass windows, which were also part of this modern "Googie" design. The canopy covered the pump island and you can make out the circular base of the pylon that supported its apex (red arrow).

You can visit the Gull Wing Phillips Gas Station just five blocks to the south of Route 66 in west-central Oklahoma city.

This one seems to have operated as a gas station until recently. It still has the original V-shaped canopy, the slanted plate glass windows and the garage with glass windows on its doors.

The second "Gull Wings" in this area is currently "Pinos Tire Shop". Unlike the other station, this one lacks the canted plate glass windows, giving the impression that it was a revamped ice-box station by adding the gull wing canopy.

There are four gull wings in Amarillo, one on the eastern side of town, the other three on the western side.

At 3207 E Amarillo Blvd. (Route 66), it was built in 1964 and known as Seminole station. Later it became Monterey Auto Sales and now Alpha Omega. It is in good shape, with its Canopy still in place and a two bay service area.

This station dates back to 1963 when the former Tudor Revival cottage style service station on the site was demolished.

The original Phillips station was built in the 1930s, and was designed to look like a cottage in this residential neighborhood.

In the 1930s Route 66 ran in front of the station. Its first owner was Chet Cain who after becoming ill, sold it to Herbert Martin in 1944.

Herb Martin ran the station until 1991, he used to help those traveling along Route 66, and gave some of them gas, or let them spend the night at the cottage styled station.

The advertisement in the photo, states that the station was on the "Same Location since 1944" and lists all the services it offered, from washing and waxing, to complete auto repair. It was ran by both Herbert and his wife.

We have included two great photos from Tales of the Texas Panhandle show the original cottage style station, with Martin's name over the door ("Herbert A Martin"), and the later gull-wing station in the early 1960s. 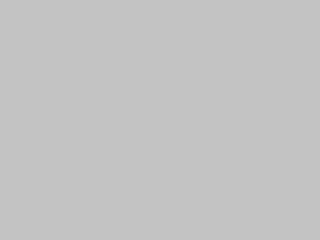 On the 66 Beltline built in 1956 around north and western Amarillo you will see two other Gull-Wings.

Ahead, to your right at 818 W Amarillo is another Phillips 66 Gull wing station. This one is quite atypical, it lacks service bays and has a small office and a mini-gull-wing canopy. It was known as Jay's 66, and later was a Tire store. It was built in 1962.

At 3703 W Amarillo Blvd. is Arthur's Super Phillips 66 it was built in 1956. It has two service bays with projecting service bay walls that are slanted to the side. The "V-shapted" canted canopy has been removed but you can see the spot where the pylon that held its tip up was located (red arrow).

See this Street View of the station before it was razed.

When I-40 was built, traffic stopped flowing by Tommy Lovless' original Cafe and service station (Bent Door) on the old Route 66 alignment in Adrian, TX. He built two new ones, a cafe (the second one) and another Phillips 66 gas station.

The old gas station is still standing, and the current Valero gas station office and store is in fact the original Cafe (see the stone facade on its western tip, part of the old cafe, marked with a red arrow in the images below).

The gas station's oblong box with two garage bays and a plate glass office is still standing, now vacant. The steel pole of the original sign is also standing (now with a Valero sign).

The canopy and its tip pole have been removed, but are clearly visible in both vintage images.

The former station has survived in very good shape, currently it is a lube and tire shop.

The glass garage doors and office are in perfect conditions, as are the canopy and pylon.

As expected, a city as large as Albuquerque, has two of these gull wing gas stations:

This Phillips 66 gas station is now an auto dealership, Fulton Motors. They have been selling all type of light trucks and vans since 1960.

Razed in 2018. Another Route 66 icon that has been lost to progress.

The Phillips 66 gas station from the 1960s is currently an auto dealership.

The other in eastern Flagstaff is still there, in very good shape.

>> Book your Hotel in Oklahoma City