Thoreau is located on the 1926 to 1937 alignment of Route 66 a Historic Landmark; it is the site of the historical Roy T. Herman's Garage and Service Station, Listed in the National Register of Historic Places. Experience the native Navajo Territory in New Mexico at Thoreau.

Thoreau, which is pronounced as "Thuh-Roo" (like "threw"), is a town located in McKinley County, New Mexico. See a Map of Thoreau. 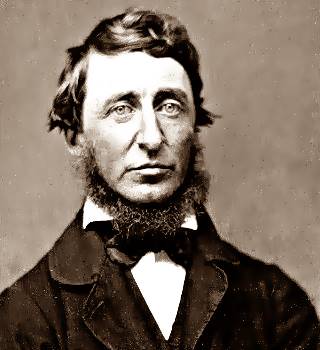 Western New Mexico has been inhabited for over 10,000 years and the Native Americans who lived in this area during historic times were the Diné or Navajo.

The Europeans reached the area during the Francisco Vásquez de Coronado's expedition in 1540. The Spanish passed by the pueblos of Acoma and Zuni, just south of Thoreau. Almost sixty years later, the Spanish returned and settled the Rio Grande River area, subduing the Indians. Despite a brief period during which the natives revolted and explled them (1680 - 1692), Spain held on to the territory until 1821, when it passed on to an independent Mexico. After the Mexican American War (1846-48), the land became a part of the U.S.

During this period the region where modern Thoreau is located, had not been settled as the Navajo warriors kept settlers at bay. Between 1862 and 1864 the American forces defeated the Navajo and opened up the area to settlement.

In 1881, the Atlantic and Pacific Railroad (later the Atchison Topeka and Santa Fe Railway) reached the area in and built a stop which was named Chaves after a local family who had a small store there. By the way, there are still two sidings named Chaves just 4 miles to the east of Thoreau.

Although Wikipedia and the locals maintain that Thoreau was a person who worked for either the railway, the Mitchels or the army) and not the famous Henry David Thoreau, the book Thoreau, where the trails cross! by Roxanne Trout Heath (1982) affirms that it was named after the famous philosopher and has contemporary written proof to back her assertion.

Henry David Thoreau (1817 - 1862). Thoreau was an American author, poet, philosopher and naturalist. He was opposed to slavery and taxes, he was also a historian.

He is well known for his quotes; we list some below:

"Rather than love, than money, than fame, give me truth".
"Go confidently in the direction of your dreams. Live the life you have imagined". "It is never too late to give up your prejudices".
"I would rather sit on a pumpkin and have it all to myself, than be crowded on a velvet cushion"
"Under a government which imprisons any unjustly, the true place for a just man is also a prison."

The Mitchel brothers, William and Austin moved to the area in 1890. They had their eyes on the forests on Zuni Mountains, they wanted to build a sawmill and sell the lumber in the Southwest. They platted a town that they named "Mitchel". But their business did not prosper.

In 1896 Talbot and Feed Hyde Jr., heirs to the Babbit Soap fortune sponsored a scientific expedition in New Mexico. The Hyde Exploring Expedition set up its base in Mitchel and from there conducted excavations in Chaco Canyon until 1901. Professor Frederick Ward Putnam of Harvard University and the American Museum of Natural History was in charge, and the field operations were directed by George H. Pepper. Accusations of impropriety ended the work but were later proved false.

The scientific expedition led to a growth in trading with the Navajo and the town was renamed as Thoreau by the Hyde brothers. The Navajo name for the place was "Little Prairie Dog". (Dlóí Yázhí).

Route 66 was aligned right through the village in 1926, and followed a winding course that crisscrossed the tracks between Prewitt and Thoreau. It was straightened out in the early 1930s and Thoreau was left on the north side of Route 66, beyond the tracks, just off the alignment. Drivers had to go into the town, leaving US 66 to do so.

There is lodging close to Thoreau along Route 66:

> > Book your Hotel in neighboring Grants
or in Gallup

Lodging Near Thoreau along Route 66

Book your hotel in neighboring Gallup

>> There are RV campgrounds close by, at Lake Bluewater and in Gallup

Thoreau has dry and sunny weather. The area is quite high and arid close to the continental divide. Summers are warm and Winters are cold; there is a large day-night temperature swing which makes for cool summer nights and very cold winter ones.

Snowstorms do take place in winter and strong cold wind can be met during spring. Expect around 12 in. of snow during winter (30.5 cm).

There is no tornado risk in Thoreau: McKinley County has no Tornado watches. The area west of this point all the way to California has no tornado events at all.

To the west lies Gallup (33 mi.) and then the Arizona state line. To the east is the town of Grants (30 mi.), followed by Pueblo Laguna. Albuquerque is 108 miles to the east.

Along the Santa Fe loop of Route 66 lies the state capital, Santa Fe (167 mi.) and, on the main alignment further east, passing Albuquerque is Tucumcari and, on the Texas state line, Glenrio.

Map of Route 66 in Thoreau, NM

Color Key to the map is:

This is the map of Route 66 through Thoreau. The following color key applies to this map:

The relict remains of the original 1926-1930s alignment is marked by the Green line from Prewitt to Thoreau.

Check out Thoreau on our Map of Route 66 in New Mexico, with the complete alignment and all the towns along it.

Thoreau was once on the 1926 to 1937 alignment of Route 66, it is best known for Roy T. Herman's Garage and Service Station, a site listed in the National Register of Historic Places.

The town is set in a wide valley enclosed on the north by the red sandstone escarpments of the southern terminus of the Colorado Plateau, visible from Thoreau. Mount Taylor lies to the northeast and Powell Mountain to the northwest. To the south are the Zuni Mountains. The vegetation begins to change from the tumbleweed and shrubs commmon in the high desert, to one that includes pinyon pines and junipers.

A classic service station built in 1937 on the old Route 66 in Thoreau.

The steel building was originally locate din Grants, in 1935, as a Standard Oil Company station. When Route 66 was re-routed south of Grants in 1937, the building was uprooted and placed on the new alignment just outside of Thoreau. After World War II, the veteran Roy T. Herman operated it as a franchise.

Herman purchased it in 1950 and has operated it since then. In 1963 he moved it 200 yards towards the west, and stopped selling fuel, it became a repair garage.

The building had enamelled steel and a canopy that covers the gas-pumps island.

Jack DeVere Rittenhouse in his Guide Book to Highway 66 written in 1946 mentions two trading posts: the Thoreau Trading Post and the Beautiful Mountain Trading Post. He also points out that the town is not on the road itself.

There are several tours that you can do near Thoreau, along Route 66 or futher away, towards the south into the "El Malpais" badlands and Zuni Mountains.

The Old alignment of Route 66 near Thoreau

Book your
Hotel in neighboring Grants
or in
Gallup.

Historic segment of Route 66 from Grants to Thoreau

Route 66 in this part of New Mexico is listed in the National Register of Historic Places.

In 1926 Route 66 was aligned along State Hwy. 6, which had been created in 1914 as part of the National Old Trails Highway system. It climbed towards the Continental Divide reaching the highest point of the whole Route 66 at 7,263 feet. Here the juniper and pinyon trees dot the landscape and replace the lowland pastures. The geology changes too, with red sandstone cliffs which will follow the road all the way to Arizona.

The road was paved in the mid 1930s when two level-crossings with the railway were eliminated by realinging the highway on the south side of the Atchison Topeka & Santa Fe railway. This hit the town of Thoreau, which remained on the wrong side of the tracks: Route 66 stopped passing along its Main Street.

The remains of the 1926 alignment east of Thoreau

Route 66's original 1926 alignment passed right through the "village" of Prewitt, along its "Main Street", located on the south side of what was the later alignment of Route 66. This map shows its course through Prewitt.

West of Prewitt and all the way to Thoreau, it followed another alignment. In the Map above you can see the relict remains of the original 1926-1930s alignment. It is marked by the Green line from Prewitt to Thoreau.

If you zoom into the map you will make out the roadbed. It cannot be driven along, but you could walk it or drive a bike along it. Notice that some culverts have washed away. It may lie in private property so request permission to avoid trespassing.

One small section of the original alignment can still be driven, the one corresponding to Indian Service Route 7018 on the north side of modern US 66.

The original alingment beyond there is now gone and ran just north of ther railway tracks. There is however one other place where it can be driven: west from NM-27 for 1.5 miles till it veers off towards the north. (This map shows this segment).

The historic segments continues all the way to the Continental Divide, west of Thoreau.

> > See the next segment Thoreau to Gallup.

Much closer to the village is the Bluewater Lake State Park with an RV campground.